CLOSE
Back to Blog

Welcome to the Team Ankush Bedadun

Ankush studied Computer Science at DKIT and since 2016, he has quickly gained lots of valuable work experience and furthered his education. 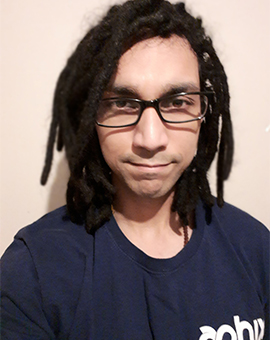 Beginning with an Internship at Kong Digital, Ankush quickly made an impact with their clients showing them how to implement and run social media accounts and campaigns.

After almost a year at Kong, Ankush went back to college to finish his degree. He did some freelance work while studying which helped greatly to expand his experience and knowledge.

After completing his degree and gaining a BSc in Computer Science, Ankush went on to work for a start-up company in Drogheda called Inkerman Technologies. Here Ankush got to delve deeper into coding and development and had the opportunity to build lots of different bespoke systems for clients in various industries. They included booking systems, school attendance systems and online food ordering systems.

He also worked on both the front and back-end of various clients websites. In his year and a half at this company, he gained a wealth of knowledge and increased his skill set immensely.

After a short stint at a Dublin based company, like most of us here at Aphix, Ankush wasn’t in love with the long commute and wanted to go back to working locally. Thankfully Drogheda is now blessed with a lot of tech companies always looking for talented developers. And this brought Ankush to Aphix. Ankush was able to bring both the development and business experience he gained in his previous roles to Aphix and build upon that here to quickly excel in his role.

Beyond Aphix Ankush is a pretty busy guy. His hobbies include Yoga, meditation, working out at the gym, eating a healthy diet, producing music,  playing the piano, gaming and learning coding languages.

His love of yoga and meditation saw Ankush take a trip of a lifetime to India in recent years to visit a Yoga centre. There he was initiated in yoga practice and volunteered at the centre. While in India he stayed at a small farm very close to the mountains where wild elephants would often come to the farm to dig for peanuts and he was even awoken one morning to the sound of a nearby wild tiger!

We are delighted to have such a cool, calm and collected guy joining our team here at Aphix!